We Went To Social Media Live! 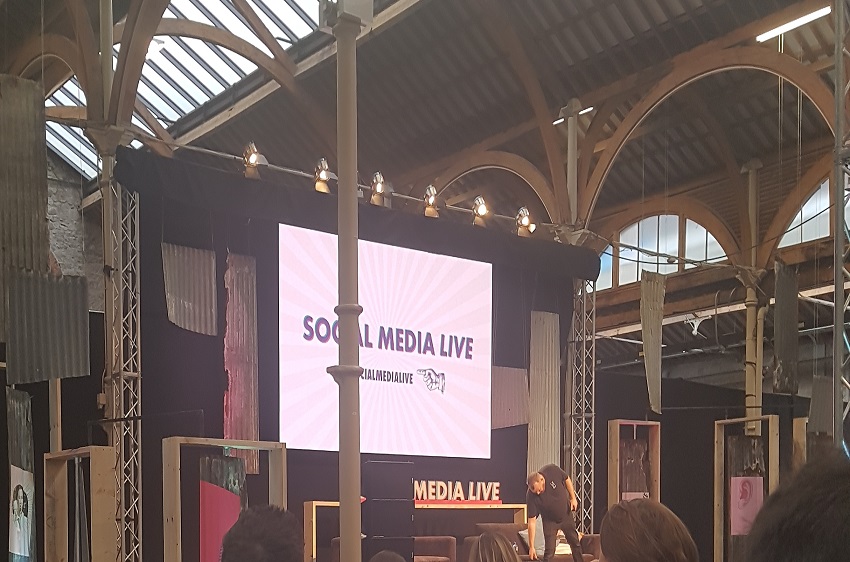 Getting out of the office can be wonderfully refreshing and chatting with likeminded individuals makes the day even brighter. On a cold October morning, Social Media Live was kicking off and we were delighted to be a part of what was an extremely interesting and fascinating day of panel discussions and individual talks. Best-selling Author and Founder of FunnyBizz Conference, David Nihill, headed up Social Media Live as MC.

The beauty of Social Media Live was it didn’t just appeal to the “Social Media Guru” in fact there was something for everyone to learn about whether you’re a Business Owner, Brand Ambassador or a Social Media Consultant. Furthermore, it was cool with table tennis, oversized bean bags to chill on, as well as Daydream technology to play with! However, the overall “coolness” of this event was the brilliant line up including some of the biggest names in online publishing. International dynamos like CNN, The New York Times, Storyful and Media.com offered attendees the chance to listen in and learn about the latest developments in online media. The major driving force of the event was not about yesterday’s news or headlines – it was about what’s happening NOW and what’s expected to come next.

And that wasn’t all, as Social Media Live pulled out all the stops in bringing in top talents from innovative agencies including Jungle Creations and Thinkhouse. Their new interfaces, new algorithms and new technologies were discussed, and it made for fascinating listening and learning.
Global influencer Alfie Deyes of the PointlessBlog, while chatting to Jess Kelly from Newstalk, offered his thoughts on building his followers and how he has now expanded his business model. Refreshingly honest, he spoke on “not caring” about followers in his early days of vlogging and how he considers this to be a good attitude. He will also be uploading a new video on YouTube on Sunday (28th October) much to the delight of his many fans. He candidly spoke about making videos before there was an opportunity to make money and he recollected memories of gaining 90 subscribers in one day and his excitement at doing so!

Katie Manor of MediaCom spoke about social engagement and experience and the way to add value to customers. Influencers were another topic of conversation and how they can impact brands and businesses if they are the right fit. Generation Z was another big subject matter as discussed by panellists and Gen Z is apparently the unhappiest of generations. There was lots of information on topics you may never have considered, and it focused on how social media is not only used currently, but how it will be utilised in the future. Elaine Doyle – Head of YouTube Video shared some insights telling listeners that customers attention spans were shorter and therefore video was changing.

Another big draw was Actor and Writer David Schneider who talked about transitioning from shows like ‘I’m Alan Partridge’ to making award-winning content across all social platforms for brands like Channel 4 and National Geographic. When Stephen O’Leary from Olytico talked about social listening it was illustrated by handing out personalised and tailored gifts to three people attending the event. He gifted them something that was perfectly relevant to their personalities all from social media listening. It got lots of people clapping and cheering. There were so many high points that it is too hard to condense it into one blog but overall, we loved it and we hope to see what happens in the next year. Social media is changing, and it is rather exciting to see how it evolves.