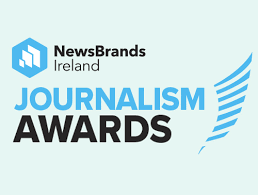 The annual NewsBrands Ireland Journalism Awards took place recently and with a total of 26 category awards covering all areas of journalism including, print, website, mobile, audio, online, and video. The Irish Times and The Sunday Times were the two big winners of the evening, while Paddy Clancy took home the lifetime achievement award. Deputy Business Editor of the Sunday Independent, Fearghal O’Connor won the Business Story of the Year award and Group Political Editor Kevin Doyle won Political Journalist of the Year.

Well done to all the winners!